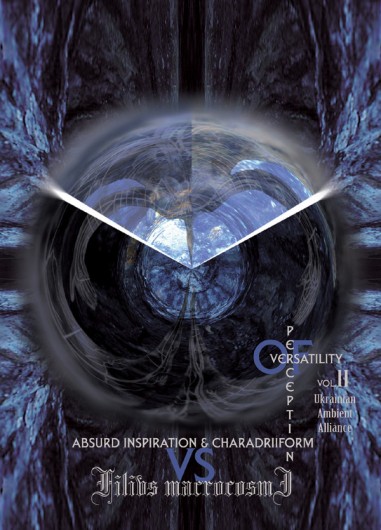 Versatility of perception is a revisiting of the early recordings of Filivs Macrocosmi by two Ukrainian projects Absurd Inspiration and Charadriiform. The record is not a cover-up but a well thought-over plunging into the original atmosphere to reinforce the sound palette from various cryptic perspectives. Absurd Inspiration focuses mainly on the occult part, in particular Crowley's "The Book of the Law" concept of love under will, and references to the cult of goddess reflected in early Filivs Macrocosmi art. Charadriiform, on the contrary, makes the original isolationist ambience truly absolute, relating wide open space and the unconscious.