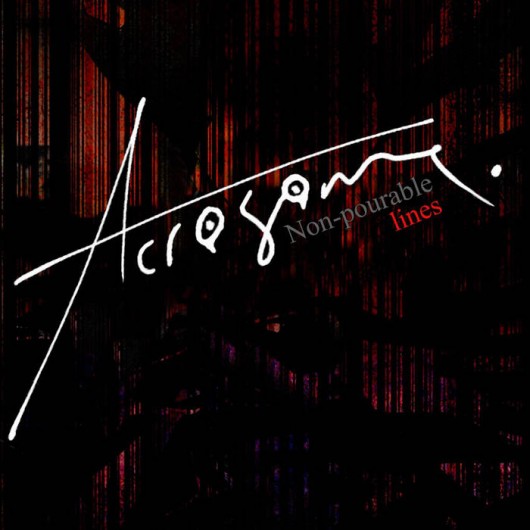 It has been three years since turkish oppressive act ACROSOME released the exemplary mini album ” Dementia Praecox”. After a change of line up finally it’s time for the long awaited debut full length album and definitively the most original and hypnotic.
ACROSOME is for sure the most impressive south european sonic innovator, and offers a fascinating glimpse into his unique sound world always underpinned by a sense of imminent dread ”Non-pourable Lines” almost sounds like a devastating new take on the delirious black hole of ACROSOME world. Clean vocals, sick accordion, acoustic instruments and fast sound discharges will bring the listener into the most deep and obscure personal vortex.
This debut album is an unrelenting piece of work, and all the better for it. Let it sink in and prepare to have your mind prized open, you won’t regret it.