DomůAPART - Across The Empty Night

APART - Across The Empty Night 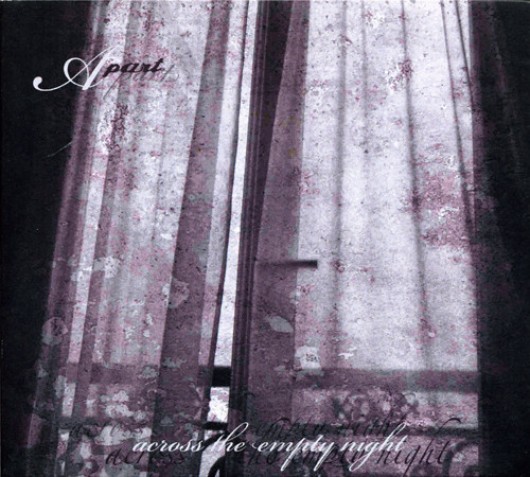 Apart is the music project by Francis M. Gri. Francis has been member and co-founder of well-known ethereal Italian act All My Faith Lost, until “In A Sea, In A Lake, In A River...” band's official first release. “Across The Empty Night” is a fabulous dark album, developing new influences and sound structures. The songs alternate male (by Daniele Stefanuto and Alberto Milani) and female vocals (by Viola Roccagli of All My Faith Lost...), building a bridge between the ethereal music past and current moody / somptous identity. Fans of obscure dark / etehreal sounds, Projekt Records, cloudy postrock, Antimatter and – of course – All My Faith Lost will 100% love this album! Digipack, limited to 500 copies.