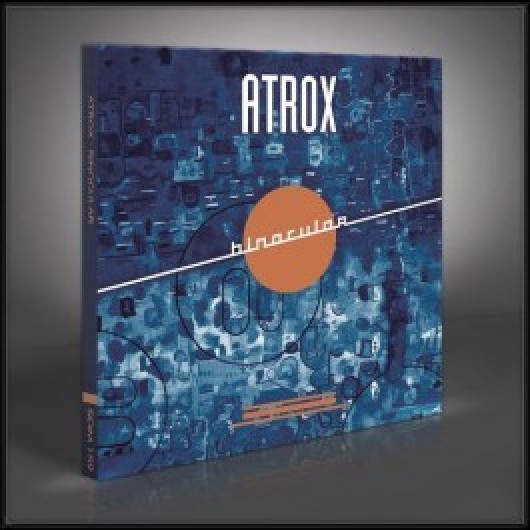 After 20 years in the metal scene, ATROX mark the occasion with their 5th album “Binocular”. Their new delight takes you through the twilight zone between Progressive Rock and Avantgarde Metal. Norwegian ATROX released their debut “Mesmerized” (Head Not Found) in 1997. Their two follow-ups “Contentum” (2000) and “Terrestrials” (2002) came out on Season of Mist. The music presented on these releases was more melodic and an experimental / avant-garde metal. The fourth album “Orgasm” (2003, Code666) marks the end of an era as it’s the last album with extravagant female vocalist Monika Edvardsen. “Binocular” shows an important change in the vocal department and an extensive use of electronics and computers. Atmospheric and energetic, groove based arrangements and catchy melodies wrapped up in a metallic symbiosis.