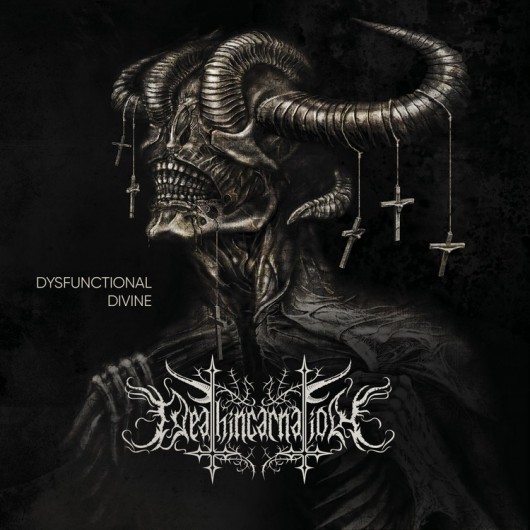 New, the fourth full-length album of DEATHINCARNATION (Ukraine). The music of the band is mainly symphonic death/ black metal. The manifestations of black metal here are as grim as the decisiveness and militancy of death metal embedded in the structure of this album. The heavenly and earthly punishment falls on you from the first notes with a storm of soul-crushing blast beats! Sharp guitar lines alternate with flowing melodic keys that create proper atmosphere. The vocals are represented by the main voice spewing curses on this world and the secondary voice that viciously echoes to the first voice. Gradually slowing down tempo of the album proclaims that the soul will remain restless until it satisfies its destructive thirst for revenge, but after this purgatory it will calm down.