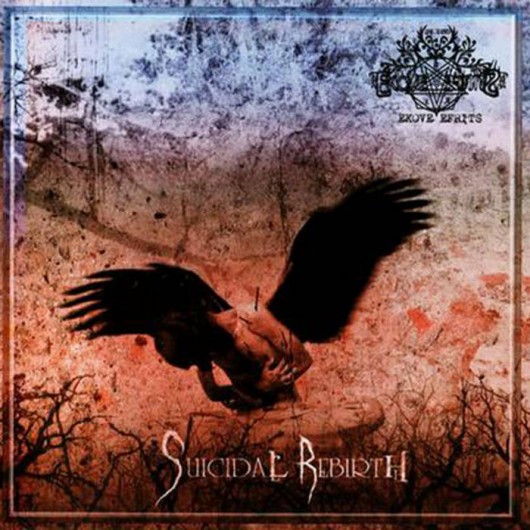 As always, we have tried to break the next stereotype and release Metal album "Suicidal rebirth" of Iranian (!) project EKOVE EFRITS. The world not and knows about Darkness hiding in the Persian desserts much. And it would be necessary to be more informed … It is forbidden to play Black Metal in Iran. But not so, that "ah-ah-ah it is impossible so to do", for it you'll simply be prisoned. For the Persian to perform Black Metal means to risk his life for real. And it is especially forbidden to play Black Metal live which is so beautiful and filled with propagation of things which are far from islam. Even do not ask how we got the master-CD into our hands… in Iran it is impossible to go banal at post office and send a compact disc, the Internet is supervised by islamists too. Such are severe laws of sheriyat … EKOVE EFRITS started in 2001 and already had released magnificent mini-album "Key to the Kingdom of Shadows" (in limited Split-CD with BARD BRANN) which has instantly been sold. On new full-length EKOVE EFRITS plays melancholic and gloomy Black Ambient Doom Metal with absolutely original (however, NOT eastern or folkish) melodies and atmosphere. Count De Efrit speaks about the music itself: "It is a collection of a pain, grief and not discovered illusions reflected in sick visions which are mixed with music".