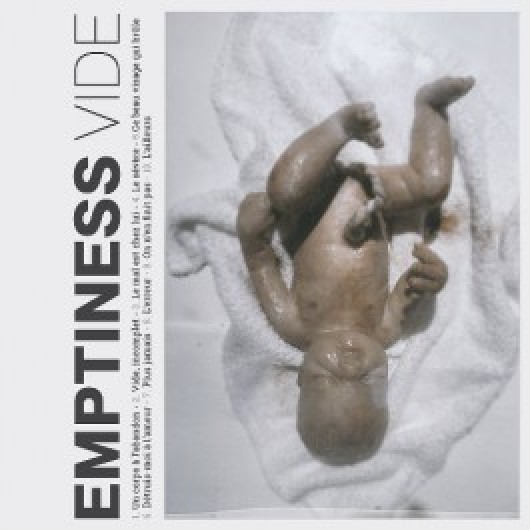 'Vide' (2021) was meant as a claustrophobic album, a journey of an infinite mind stuck into a world too small. Questioning the essence of once perceptions, this album invites you to rethink your grasp of reality.
To that end, it was important for EMPTINESS to be isolated during its "experimentations". Recordings would take place sometimes in confined spaces like apartments or a cabin in the woods, and sometimes on a city roof allowing to contemplate a strange human world from above.
Involvement was strictly limited to the band members who took care of all audio production and visuals work. The pandemic and lockdown happened while recording was in progress; a materialization of the imaginary world being created. The album either by coincidence or not, is in tune with our dissonant times.

Enough. Put down your phone, go lock yourself in a small compartment wearing nothing but noisecanceling headphones and let EMPTINESS lure you into their new realm. You have been warned.