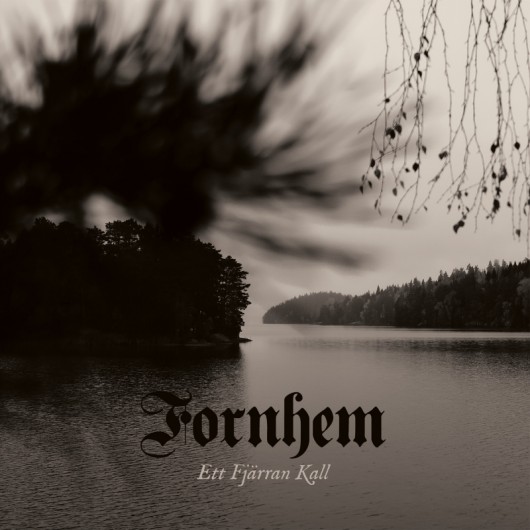 How often has primeval black metal been announced dead in the last twenty years?
With their debut album “Ett Fjärran Kall” (“A Call From Afar”) FORNHEM from
Sweden prove those predictions to be pointless.

While Vafthrudner and Solbane undoubtedly owe a lot to the aesthetics originally
crafted by the pioneers of Scandinavian black metal, they nevertheless achieve to
create their own approach by interpreting influences from a broad spectrum of folk
(rock) music in a consciously minimalist and almost hypnotizing way.

“Our aim is to make music that moves forward, even if it’s minimal and repetitive,
and we think that adding something or making slight alterations in a riff or chord
progression makes it come alive and breathe”, explains Vafthrudner the proven
method of FORNHEM. “Black metal in general is quite beautiful music behind all
the layers of noise, and we want to enhance that by using minimalism. Also, quieter
moments or using acoustic instruments creates an interesting dynamic as opposed to
the ‘wall of noise’. The music should be simple and repetitive and long (if needed).
We always take our time and really feel how long we can play a certain riff. There
should be no stress. And that´s basically how we work; we always focus on how the
music feels.”