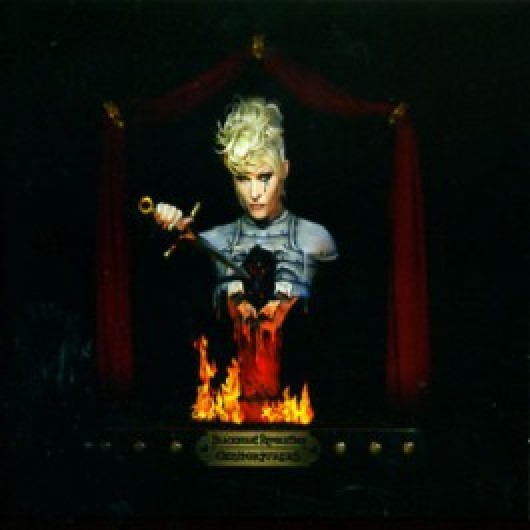 The GENITORTURERS need no introduction. The world’s sexiest Rock band is now unleashing its long anticipated fourth studio album “Blackheart Revolution” unto the eagerly awaiting world. Founded in Florida during the year 1991 as the brainchild of lead singer GEN, the Americans quickly rose to fame, when her husband David “Evil D” Vincent of MORBID ANGEL fame joined the band after the release of their debut. By the time of their second album “Sin City” (1998) the GENITORTURERS had gained a massive and for some controversial reputation with their flamboyant BDSM shows lead by the stunning blonde GEN. A third album followed with “Machine Love” (2000) and was featured in movie scores as well as on game soundtracks. After a creative break, the GENITORTURERS finally return. With the whipping “Blackheart Revolution” the Floridians are taking their crossover blend of US Industrial Metal and Rock with pushing Electro and Hardcore Punk influences onto a new level. A sharp production with rhythmical pulses and nasty electronic surprises hones the GENITORTURERS’ sound to a cutting edge. This is what it would sound like, if MARILYN MANSON met WHITE ZOMBIE for a wild party!