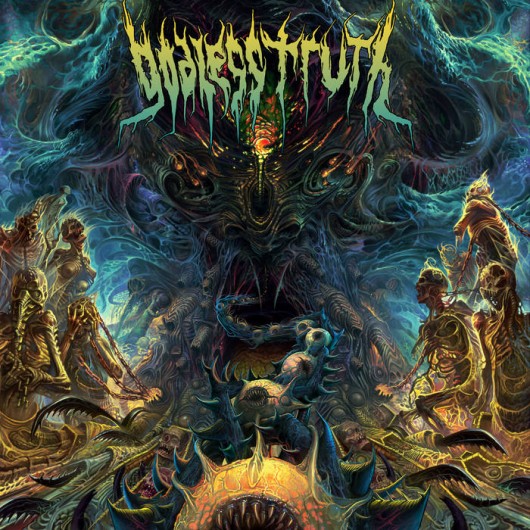 Long-running Czech band Godless Truth have been around since the early '90s but have gone from strength to strength with each album, imbibing influences that enhance their sound and make them more powerful and effective than ever before. They're playing a form of music that's contemporary but having roots in the old school sound; technical death metal that still relies on fleshed out riffing and memorable hooks rather than mere superficial flamboyance. There are melodies and grooves thriving as a result of deliberate pacing and thoughtful tempo changes, unlike bands trying to cram everything in for the sake of technicality. The entire record throbs rhythmically with a rare exuberance making it one of the catchiest albums in the style. Mixed and mastered by Joe Haley of Psycroptic, the album sounds refreshingly clear while sounding sufficiently nasty, and the record is furthermore graced with guest contributions from him and Rafael Trujillo of Obscura, topped off with an artwork as intricate and striking as their music. This self-titled album is not only a landmark one for Godless Truth having an extensive discography, but it will also establish their identity in an overpopulated scene as a band doing it with panache and grit.