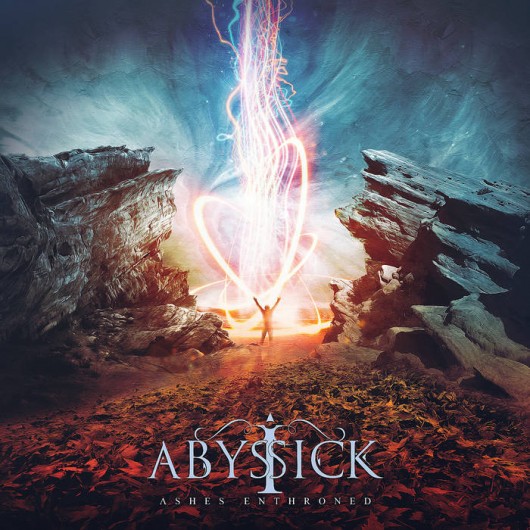 The astonishing debut album of Greek dark metallers!
The perfect mix of the sound of Nevermore and Paradise Lost!
Based in Athens (Greece), I Abyssick were founded in early 2017 by Constantin Maris on Guitars/Vocals (Forbidden Seed ,Starve the Hydra, Atrocity Pioneer) and Aggelos Seaito on Drums.
Later on the same year, they joined forces with Makis Sel on Bass and George Petropoulos on Guitar.
At the end of 2018, recordings began at Eventide Studios with the precious contribution of Akis Prasinikas (Desert Near The End) and Nik Rock.
Moreover, Giannis Nakos (Mortal Torment) and Alexandros Papandreou (Desert Near The End) appear on guest vocals.
Remedy Art Design managed perfectly to depict the lyrical concept of the album with an amazing artwork.
Kosta Vreto (Horizon’s End, Kosta Vreto,Wardrum) mixed this endeavor and polished it with fine mastering…The band got in touch with Sleaszy Rider SRL and inked easy a deal for the release of their debut that is entitled “Ashes Enthroned”, so here we are!