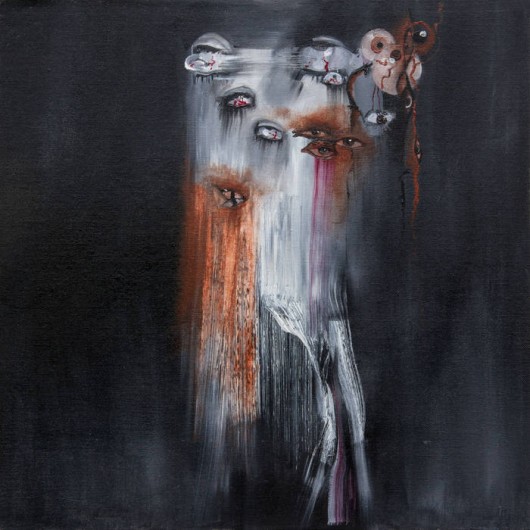 Instrumental psychedelic doom duo Insect Ark have creating uncomfortable sonicscapes that feel both intimate and icy cold since 2011. Nightmarish horror film-like visions, outer space travel, and gritty noir textures – all of this and more have been conjured up in their past records, the much-praised Portal / Well (2015) and Marrow Hymns (2018), but now, something even bigger is coming. Prepare for The Vanishing.

"The album’s title refers to a daydream I had of disappearing completely – floating out to sea alone, never to return, or walking off down a road, and never being found. This idea has recurred throughout my life,” says Dana Schechter, NYC-based multi-instrumentist, known for her collaborations with Swans (for whom she is now part of the main touring line-up), Angels Of Light, Gnaw, Zeal & Ardor, Wrekmeister Harmonies or Årabrot, among others, her own projects Bee and Flower and Gifthorse, and also, naturally, for her current main personal vehicle of expression, Insect Ark. Describing the ideas and feelings behind Insect Ark's new album, The Vanishing, she continues: “On a much bigger level, it's about the impermanence of life itself, trying to retain perspective of how small we really are, invisible in the bigger frame of time and history. We all will face this impermanence, even if we try to hide from it. The endless cycle of birth/death exists for all life forms, yet sometimes we forget we’re not immortal."