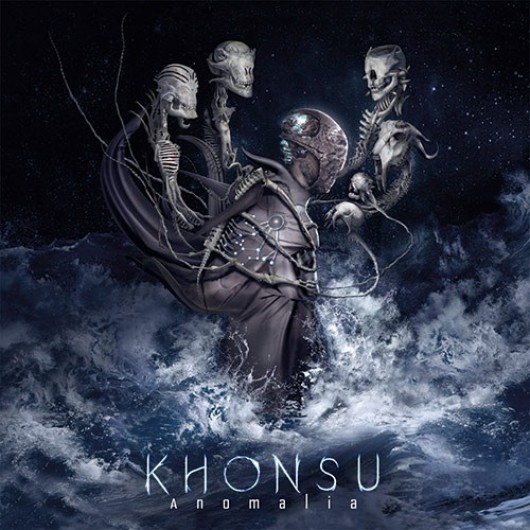 S. Gronbech is the mysterious mastermind behind KHONSU – named after the falcon headed ancient Egyptian moon-god. His last public appearance was the collaboration with his brother and famous Norwegian guitar hero A. “Obsidian C.” Gronbech on KEEP OF KALESSIN’s highly acclaimed “Reclaim” EP (2003). He is joined by the latter band’s frontman Thebon, who adds his amazing vocal range from the clear and gentle to the venomous and growling. KHONSU excel with heavily slicing and crushing guitars that are delivered with stunning precision and elegance. Massive and thundering keyboards weave dense textures. Metal and Industrial collide to shape dark forms and structures. The band from Trondheim made such a strong impact with their demo that KHONSU was invited to perform at the prestigious Inferno Festival, Oslo. Now their debut “Anomalia” reveals KHONSU’s true strength!