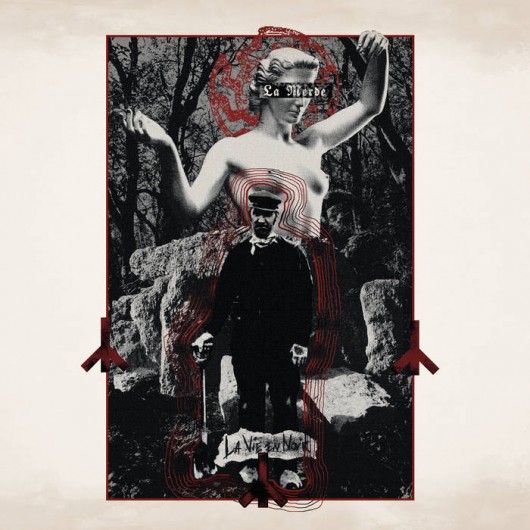 After the release of three demos and the rare “Heilig Halte die Ekstasen” Lathe Cut finally the time for the Belgium Neofolk project LA MERDE has come to release their first official album “La Vie En Noir”. The album contains 12 songs that will appeal to all those who grew up with bands like Death in June and Sol Invictus and who are open to a new and more modern approach by including slight electronic elements of almost ritual and experimental characters. LA MERDE played with bands such as Rome, Changes and Awen in the pre-CoVid era where they gained a lot of interest, resulting in this debut on LICHTERKLANG.