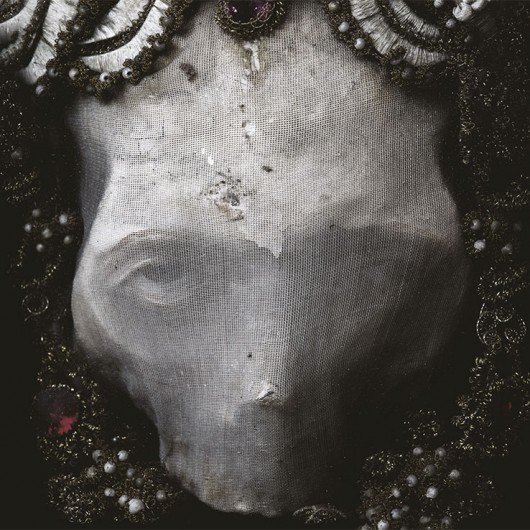 A new collective led by former Hadewych member Peter Johan Nÿland, also a recent member of Trepaneringsritualen. Etmaal ("natural day") is the first in a series of explorations that aim to serve as a channel between the ethereal and chthonic, sacred and profane, the innermost black well and the outermost white sun. The album follows the circadian path as an analogue to the revelation of the actual self, with the sun as the inverted eye that unveils all things in their temporality, opposite the eternal inner black of night. Sudden transitions between coercive percussive hammering and sharp boreal drone pieces seek to mirror cosmic events; from glacial movements to throbbing punctuation and sudden death and with each end resolved arises a new tension and an attempt at cleansing and delving deeper with the intent of finally arriving at the inner clearing. In the recording process for Etmaal, the group effectively alternated between states of extreme focus and hiati in which subconscious impulses were allowed to arise and the result is an album that skilfully wanders an essential pathway between two planes in its own distinctive way. On this album, O Saala Sakraal is a five piece outfit that consists of four percussionists; Scramasax (Volksweerbaarheid/Hadewych/Distel), Rene Aquarius (Dead Neanderthals, Fantoom, Krishna), Patricia Manko (Hadewych), Donné Brok (Donné Et Desirée) and Peter Johan Nÿland (Distel, Hadewych), the latter who plays tapes and piano-string percussion instrument "draak", next to regular percussion. The group first came together for a series shows as Hadewych with an extended percussion section, but it soon became clear that its pieces - partly composed, partly improvised - claimed a realm of their own and drifted away from the overall sound of Hadewych, into something more monolithic, mystical and opaque. Cover photography by Paul Koudounaris