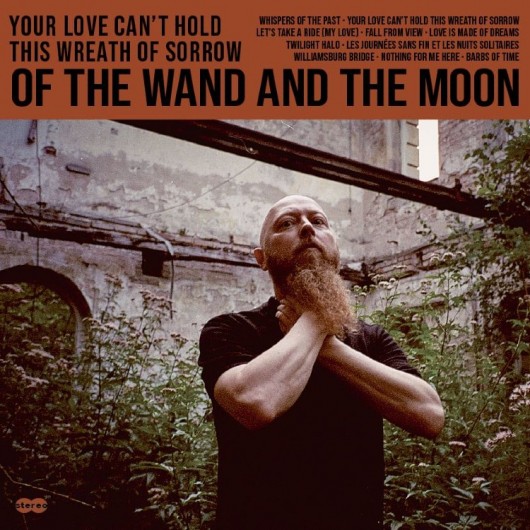 Of The Wand And The Moon return with their brand new studio album, 10 years since the last highly acclaimed "The Lone Descent" (2011). The 10 new songs are a highly atmospheric, melancholic and twilight-ridden output, that this time clearly shows mainman Kim Larsen's inspirations from 60-70's singer / songwriters such as Lee Hazlewood, Leonard Cohen and Serge Gainsbourg, as well as movie soundtracks from the same period.

Whilst developing the sound from "The Lone Descent", this album still maintains some of the dark Neofolk roots of the band, and is also a huge step musically into brand new directions. It also includes guest performances by King Dude, legendary Danish singer / author / artist Martin Hall (who also wrote the liner notes for the album), Uffe Lorenzen (Baby Woodrose), Bo Rande (Blue Foundation), and Sarah Hepburn (Kloster), to name a few. Produced by Kim Larsen and Mikkel Elzer (Kloster), and also mixed by Mikkel Elzer. OTWATM are one of the top acts in the dark folk / neofolk scene, with a huge, powerful and epic sound, rightly deserving their worldwide acclaim.

Presented in a dark bronze foilblocked mini-LP sleeve, with CD in its own wallet plus a hefty booklet.