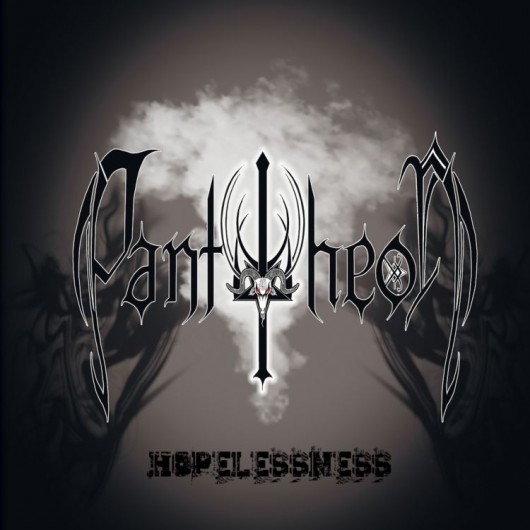 The album includes nine tracks and begins with an acoustic guitar intro in a minor key. The intro is followed by four melodic black metal songs and a guitar interlude dividing the album into two parts. The second part consists of three more aggressive songs and an acoustic guitar outro. These guitar passages are kind of a distinguishing feature of PANTHEON. The band plays a combination of dark metal, black metal and some death metal influences, while the vocals range from growl to screams with some clean voice choir singing now and then. This album will take your breath away. Strongly recommended for fans of dark metal in the vein of Rotting Christ, Varathron, Melechesh. The origins of the band members are manifested in oriental intricateness of guitar riffs.