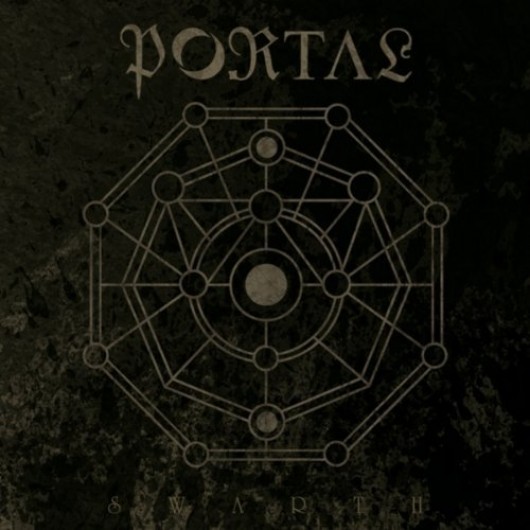 The approach to Portal’s style of death metal has always treaded the fine line between sheer madness and the intricately artful. Cinematic in scope, like a death metal interpretation of The Cabinet Of Dr. Cagliari or the death metal soundtrack to an ancient silent arthouse flick gone terribly awry, Portal have pretty much transcended the interpretation of what death metal should portray, and simply inverted and twisted it to no end. Even moreso with “Swarth”.

And as usual, with every Portal release, what is surely to divide and polarize death metal enthusiasts who either realize the substance, depth, and genius that Portal portray and the ones who simply cannot comprehend or understand the enigma that is Portal. And those who continue to be indifferent and can’t seem to form any kind of opinion or expression because Portal’s music is so fucked, uneasy, and just wrong in a way that it continues to push and tear the boundaries of extremity within death metal like no other band can through the filth, mire, and the utter crawling chaos that unearths itself through each chapter that creates a Portal release as a whole. Nonetheless, no death metal band has created such debate and dialogue as Portal have, and surely with “Swarth”, such debate and dialogue will no doubt continue, confuse, and perplex. Nonetheless, this is how Portal’s music, in a way, thrives.

Tracklisting for “Swarth” goes as follows: