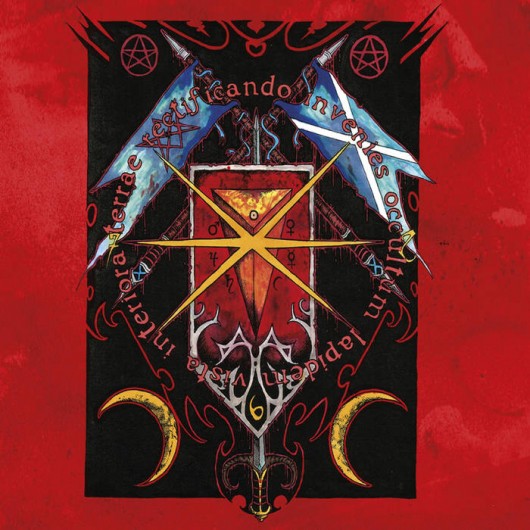 The occultic and atmospheric solo project of Proscriptor McGovern (of ABSU fame) smears an avant-garde style of Pagan music with 'The Venus Bellona' – an invigorating and magic(k)al listen to reveal 'the inner domains of immortality'. Awareness factor: the planet Venus is the sphere closest to the Earth and its longitude is based upon the actual epoch of time. With Venus' perihelion passage, it is known for a fabulous role as an adulate goddess in Greek mythology. Venus also represents the alchemic(k)al metal of copper, (the fourth "Dalkhu" of fire) whereas "Bellona", on the other hand, is the Latin term for "war goddess" to complete the bewilderment of the album title. Proscriptor comes to you with 'The Venus Bellona' – a collection of deathless fables gathered from a wide variety sources: from his ancestral attributions of Scottish heritage to superstitions and the Dominion folklore of Thoth. Handed down to his shadow from generation to generation, and once told in musky crofters’ cottages and draughty castles, these spellbinding tales of 'The Venus Bellona' will thrill and possess followers of all durations. Lightlessness of sound, which is sometimes motionless, is essential in occultic and atmospheric music.