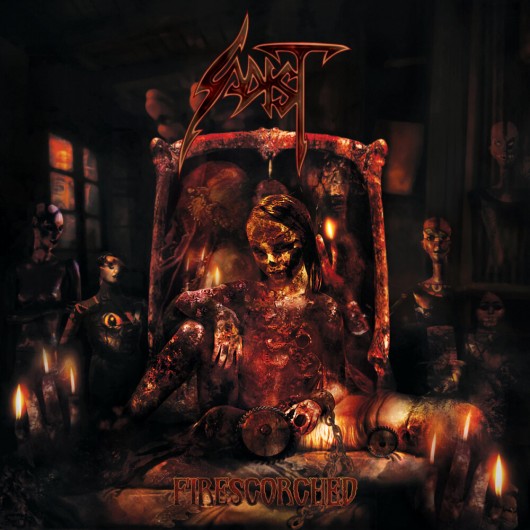 "Firescorched" is the fastest, highly experimental and most extreme album of SADIST's career. The songs are fresh, embrace blast beats and give away a horror vibe, in combination with gloomy and anguished lyrics. The band's adventurous style, featuring jazz and Middle-Eastern influences, pierces through a veil of progressive death metal that cloaks nine the new compositions.

The album was recorded, mixed and mastered by Tommy Talamanca at Nadir Music Studios in Genoa (Italy) with artwork design by Paolo Puppo.

"Firescorched can be described as Sadist 2.0," comments Talamanca. "It's not a real concept album in the classical meaning of the word, despite the fact that most of the lyrics are somehow connected. Some of them are real horror stories, and the whole album sounds really creepy. We all love the cover artwork, which adds to that feeling."