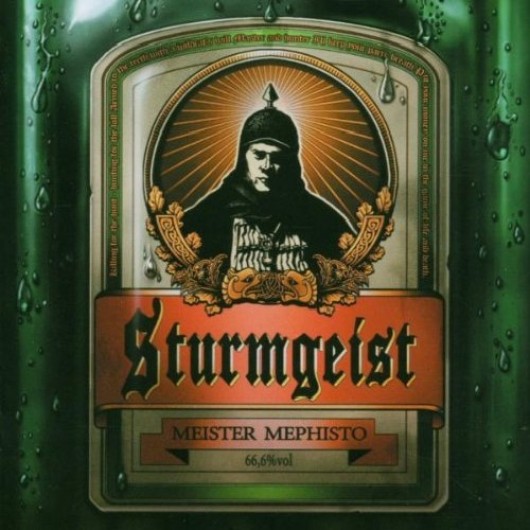 STURMGEIST's first solo album is produced by Terje Refsnes (SINS OF THY BELOVED, CARPATHIAN FOREST, TRISTANIA, MORGUL). The album merges the ambient aggression of Norwegian Black Metal with the affirmative attitude of the Viking virtues. The song "Ragnarok" is adapted from one of STURMGEIST's poems, and tells the end of the Nordic world. "Erlkönig", "Rattenfänger" and the two movements of "Walpurgisnacht" are musical renderings of three Goethe poems. Where "Army of Odin" tells about Viking warfare, "Shock and Awe" is a comment on the invasion of Iraq. "Master Hunter" tells the story of a giant cat in Schwarzwald, that chases hunters and kills them with drink. STURMGEIST strongly recommends that listening to "Meister Mephisto" be accompanied by the proper beverages. STURMGEIST is for all the party in man. "To buy in all urgency!" Rock Hard (FR) 8/10 "Out of the ordinary." Aardschok 82/100