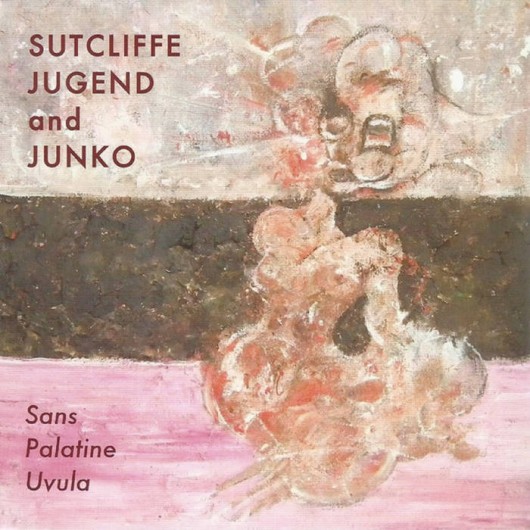 Sans Palatine Uvula showcases the amalgamation of 2 pioneering artists of their respective genres: Power Electronics and Japanoise, both whom have made their presence significantly felt (through sight and sound) ever since the early 1980s in England and Japan respectively. Sutcliffe Jugend and Junko (from 非常階段/Hijokaidan) are renowned artists in their own right, having been uniquely defined in the experimental noise scene as innovators of sound through their personal style of artistic expression that involves the churning of audio mayhem through guitars, electronics and vocals.

This album sees Sutcliffe Jugend taking a step beyond as they push the envelope of sound progression to greater heights. Junko‘s piercing screams and squeals serve as a canvas for Sutcliffe Jugend to work on and develop it further in their own innovative style. The results demonstrate a very unique reconstruction of the shriek queen’s original vocal outbursts, which see them being reworked and reinvented separately through manipulative treatments of cut-ups, distortions, samplings and introduction of other sonic elements.

This collaborative work between these two unique and respected artists of the different genres from East and West encloses the listener with sonic chaos through its ten varied tracks. For some, it may seem like a difficult album to digest at the first listen. However, the tensions that have been separately produced from the harsh elements of voice and sound eventually subside as they resonate with each other, bringing forth a balanced unity of yin and yang.