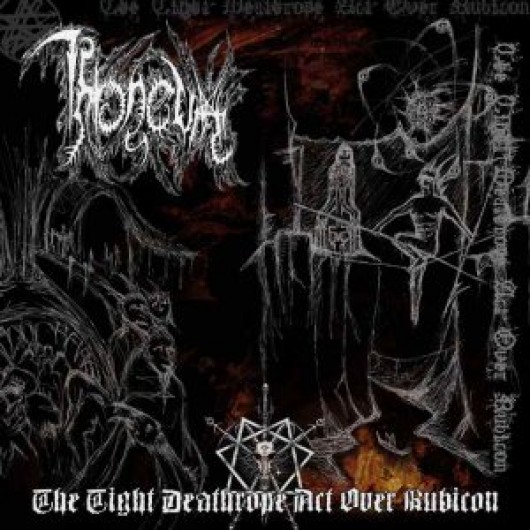 No other Throneum’s album contained such layers of darkness and disease as “The Tight Deathrope Act Over Rubicon”. For over twenty years, this horde has knowingly traversed corridors of hell, carrying the banner of death / black metal plague in its hands. With this album Throneum reveals so far hidden in the dark gates of madness, crosses the borders which dare to pass only a few. Lunatics or geniuses. Black tempting and burning, thick and sticky only there. The ninth Throneum’s album is a masterpiece of deadly art to which the band got us accustomed to, where omnipresent Death and decay was associated with a nightmare and illness, this album is bursting with corpse psychedelic … Rubikon has been exceeded. Who will follow the beast? Who dares? Only insanity is waiting in the dark ….