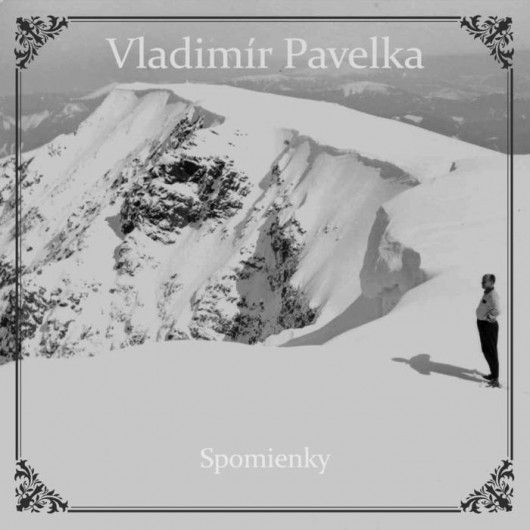 Song description:
Fragments of memories of years of my amazing childhood spent with my grandparents in a village called Kostolné.

01. Rána (Mornings) – The moments when you open the door of your house, hungry cats are waiting for you in the yard, the beautiful smell of nature is all around you and you are listening to the satisfying sounds of the countryside.

02. Detské hry (Children's games) – Crazy and carefree frolicking with children from the neighborhood filled with laughter and also sometimes crying.

03. Dedov vodný mlyn (Grandfather's watermill) – A memory dedicated to our watermill in Kostolné which later became the house of my grandparents where I spent holidays.

04. Kostolník – A stream on which my grandfather's watermill stood. I have most of my childhood memories connected with it – catching fish and crayfish with my bare hands, building dams from mud, or swimming. I spent so much time in it that my grandmother was often telling me that I will start growing fish scales.

05. Poobedný odpočinok (Afternoon rest) – An unusual memory of my beloved grandfather and his habit to take a nap on his workbench after lunch for a while, before he threw himself into further work.

06. Túra na Čachtický hrad (Hike to the Čachtice Castle) – A song about countless trips to the nearby majestic Čachtice Castle whose history is filled with legends, about the nights when we slept outside in the castle courtyard next to a crackling bonfire, and about breathtaking views from the half-ruined walls.

07. Výhľad do okolia (View of the surroundings) – Memories of the many hikes to the surrounding hills, through dense mountains, along crooked trails and the moment when a magical view of the beautiful landscape and surroundings suddenly spreads out in front of you at the top. You are on top, all the problems and worries stay down, and you only feel silence and peace of mind.

08. Stáčanie medu (Extracting honey) – If you want to extract honey, you go out in the evening to the forest with your grandfather, spend the night in a caravan full of beehives. Bees crawl on you all night and they buzz in silence. You must get up at three in the morning, before the bees start flying and the beehive wakes up. In the song, you hear the silence of the night, only the delicate sounds of the hive, and then you hear the crazy buzz of thousands of bees in the morning.