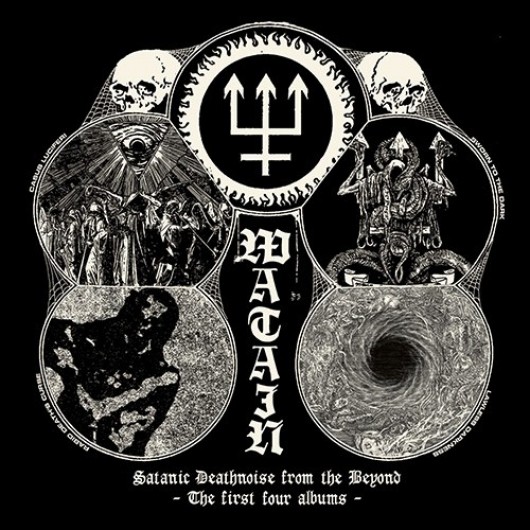 WATAIN have stormed from the hellish pits of the underground onto the covers of the biggest Metal magazines worldwide. From 2000 to 2010, their first four albums have been praised by critics and fans alike, ‘Sworn to the Dark’ (2007) and ‘Lawless Darkness’ (2010) even scoring a massive number of highest grades and collecting many “album of the year” titles and top list entries. To celebrate a band that critics have called “the most important Black Metal act of the decade”, Season of Mist is re-releasing the Swedes’ first 10 years full-length catalogue in one 4-CD set sold at special price. Combining severe blackness with an uncanny knack for capturing melodies and beauty of the darkest kind, WATAIN keep the raw underground spirit and truthfulness, yet still left their heavy mark in major press and won a Swedish Grammy award. Hell is here!