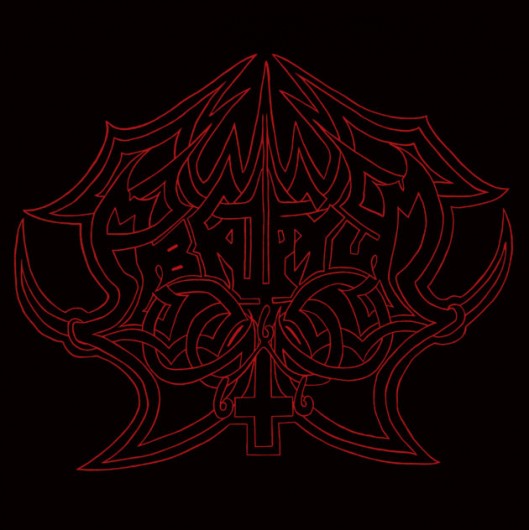 "Remember that ABRUPTUM is the audial essence of pure black evil and listening to it is at your own risk."

Official re-issue of ABRUPTUM’s seminal third full-length album “Vi Sonus Veris Nigrae Malitiaes” on a limited one-time CD pressing. Licensed directly from Full Moon Productions, “Vi Sonus…” is the ultimate ABRUPTUM statement, mainly because it is the only ABRUPTUM release that solely features the true ABRUPTUM mastermind, IT (RIP), who wrote and completely performed “Vi Sonus…” all on his own.

Captured by Peter Tagtgren in the Abyss Studios in 1995 and known as one of the most bizarre recording experiences Tagtgren has ever been involved with, resulting in “Vi Sonus…” being the ABRUPTUM release with the most monstrous, cavernous, and powerfully ambient sound out of the entire ABRUPTUM repertoire. Presented as one long improvised track (with careful mastering and edits for it to fit on the 2xLP format), “Vi Sonus…” is a nightmarish vision of blackened horrorscapes through torturous audial sounds of noisy droning guitars, never ending feedback, thunderous pounding drums, painful screams and moans of agony and despair.

This re-issue of “Vi Sonus…” will be presented in a mostly similar manner as the first CD pressing on Full Moon Productions, a six-panel digipack with clear spot gloss on the cover (whereas the original CD pressing had the band logo embossed). The vinyl edition will come with a fold out poster of the infamous painting of IT that accompanied the album. The art and layout for this re-issue was put together using all the original art pieces IT sent Full Moon Productions way back in the ’90s for when they initially released it.