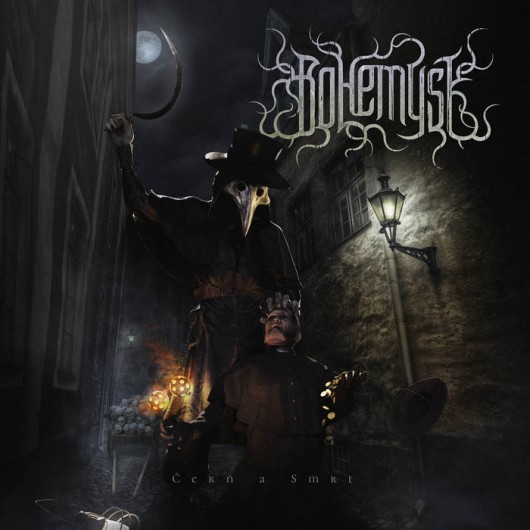 Bohemyst is a follow-up to Czech dark horde Avenger. Various personal and practical reasons led to quitting Avenger on its 25th anniversary (1992-2017) and the band
continues to deliver dark metal under the new name Bohemyst. Also featuring several (ex-)Master’s Hammer members the band has quite the experience of playing live
as well as recording albums of impeccable quality. The band spent considerable time rehearsing and writing their first album. They hit the studio and managed to record
a masterpiece in Czech metal history. “Cern A Smrt” is without a doubt the album many people have been waiting for. Blackened metal with touches of death metal and
hints of ancient Southern Bohemian heritage blend in together to create an album that borders pure magnificence. The story is not original but when we at Petrichor
heard this album we could do nothing else but be amazed by its’ sheer brilliance. August 2021 will see “Cern A Smrt” get a physical and digital release and we are
honored to be part of it. The future of (Czech) metal is here and its’ name is Bohemyst!