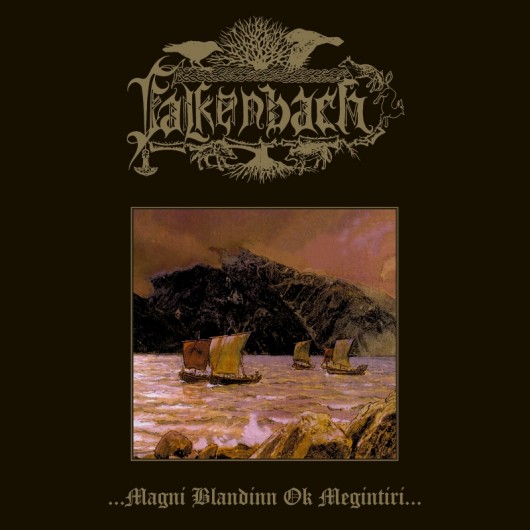 FALKENBACH were originally conceived as a solo-project by Vratyas Vakyas and officially came into being with the "Læknishendr" demo in 1995. When FALKENBACH's second album " ...Magni blandinn ok megintíri..." appeared in 1998 it offered a refined, matured and more melodic continuation of the blackened pagan metal style that took influences from both Bathory and the second wave of Nordic black metal, which the German multi-instrumentalist had established two years earlier on the debut full-length " …En their medh riki fara…" (1996). " ...Magni blandinn ok megintíri..." is widely considered to be an important milestone of its genre.