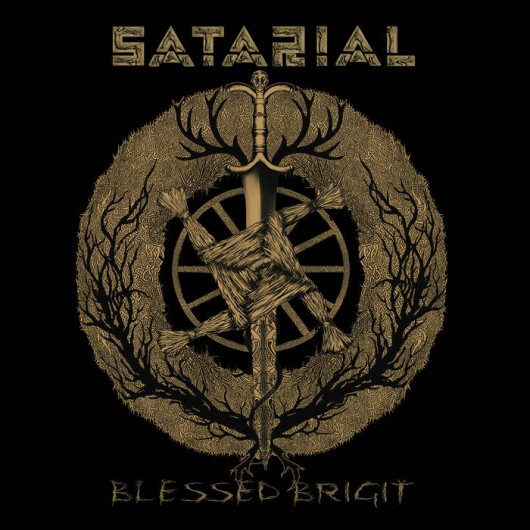 The 9th album of Satarial! The band stood at the origins of Slavic folk black metal and greatly influenced the formation of this direction. This album released in 2016. Dedicated to the Celtic pagan Goddess Brigit, witchcraft and anti-clericalism. Following the sound-paths of “Lunar Cross”, the band combined black metal, folk, death metal and industrial, and has an obvious attraction to the medieval and classical music, using many unusual for metal instruments like hurdy-gurdy, Norwegian horn, various flutes and drums, cello and analog synthesizers. Lyrically is based on magical spells and formulas of mysticism, using a variety of languages such as Welsh, English, witchcraft or vulgar Latin, Russian. Again all music is played and recorded live, without computer tuning, mixed by analog manner.
Satarial recorded the album in their own studio, but it is mixed and mastered at American Jeffromixesyou studio.